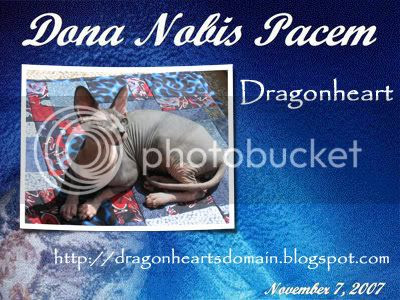 My human dad is an officer in the Canadian Forces. As such, he has participated in many different missions around the world, including serving in Kuwait during the first Gulf War, peacekeeping missions in Haiti, Bosnia, and Eritrea, and domestic operations such as the Winnipeg Floods in 1997. I am very proud of him and the work that he does, along with all the other members of the Canadian Forces, and all the other men and women who serve throughout the world.

On November 11th, every year,at the 11th hour, Canadians pause in a silent moment of remembrance for the men and women who have served, and continue to serve our country during times of war, conflict and peace. We honour those who fought for Canada in the First World War (1914-1918), the Second World War (1939-1945), and the Korean War (1950-1953), as well as those who have served since then. More than 1,500,000 Canadians have served our country in this way, and more than 100,000 have died. They gave their lives and their futures so that we may live in peace.

To learn more about the Peace Globes and the Blog Blast for Peace, visit Mimi.

My son-in-law served in Iraq and will be going to Afghanistan in February so I really understand the emotion behind your post. Wishing you peace.

This has always been a special place for me to visit on Peace Globe Day. Thanks for writing from your heart.

Peace to you and yours,
Mimi

Very special post today here at this site. Peace be with you.

Sorry, I was not here yesterday, I was suddenly ill.I like your scapbook. I do this with paper but i´ll try it digital next time. This is a special Post today.
Mein Vater war bei der Bundeswehr. Er war in der Instandhaltung. Aber er ist nie im Ausland stationiert
gewesen. Jetzt ist er pensioniert.
Peace to you and all over the world !

Peace to you and all those you love Dragonheart! I am very proud to know him!
I pray for you my dear brother...that you feel better and soon find a good food to eat you really like. Have you ever tried lamb and rice?
You are always in my thoughts each and everyday and I thank you for your love and purrrrayers.
Your sister Peach

Dragonheart, I am very proud of your dad, and all the brave service men and women.

That was a wonderful post Dragonheart. We all pray for peace here as well.
Peace to you and yours my friend.

peace to you.
this was a well written post.
thank you for reminding us.

Wonderful post and peace to you and all around the world. May everyone have a chance to feel safe and peaceful.

Great posting Dragonheart and we are furry proud of your Daddy and all other Daddy's who are serving their countries....

We like your Peace Globe Dragonheart. Thanks for telling us about your dad and the brave service men and women he serves with.


Your dad is a super hero. Really. He is. we are very proud of him!

♥ & peace to you and yours, Mr Dragonheart!

Very nice globe!
Excellent message!!!!!
Thanks to your Dad!

This is a very thoughtfuls and heartfelt post, thank yous for sharings.

Wonderful info, I hope to visit someday. Beautiful globe! Peace to you and yours! - L

Sorry we've not been around (Mom is not feeling too good) but we love the picture of you and your Dad posted a few days ago!
How proud you are of him, and rightly so!!

Love and peace to you and your family, Dragonheart!

Please say: "Vielen Dank!" to your dad for his service ♥

Men like your dad understand peace and war far better than some of the idiots who drag us into conflict. His service is much appreciated and I am glad he is not in Afghanistan right now!

There is much wish for a safe return home for our troops in my home, my lady's father-in-law is retired from the army and during his service witnessed many horrors of war, especially in the Yugoslavia wars. More peace less war.

Peace to you our wonderful friend. And please tell your daddy we say "Thank you".

We are very proud and thankful for people like your Daddy. Please give him a hug from us and let him know that he is appreciated.

We love your globe. We are proud of your daddy, give him lots of nose kisses and cuddles from us!

This is a great meaning of your writing, I am learning and reading all of these.
Thank you so much, Dragonheart.
May the Peace with you and all around you.

Thanks to you both for your commitment. Peace!~

This is a timely reminder that there is honor in service. That service requires our support and our respect.

Peace to you and yours on this wonderful Peace Globe Day!

Beautiful Peace Globe, Dragonheart, and wonderful post!
Two young men, mommie Marlene's family are also serving in Afghanistan, so we know a little of the work they do there. Of course you are very, very proud on your daddy! We are also very proud and thankful on all the men and women working on world peace!

Peace to you, boy, and to your mommie and daddy!
~Ruis

Nice job on your globe Dragonheart!
Both our gramma's lost their homes and nearly everything in them in the great flood of '97, downriver in Grand Forks, ND.
We sure appreciate your dad and all the great men & women who serve.

We are so thankful and proud to have people like your dad in the world. My mom and dad's best friend Chris has been to Afghanistan, Iraq, and now he's in Ethiopia. We are very proud of him too.

wonderful job my friend! what a beautiful post for peace, my globe is up and flying today....Peace to you!!

Dragonheart, thank you for reminding us abowt yore daddy and all the others who serve and have served. We appreciate them all and pray for there safe return to there loved ones.

yes, we understand your post. we thank the Heavens every day there are men and women in green who put themselves in harms way so we can live in peace.

we are proud of each and everyone of them world wide.

purring for peace with you dear dragonheart.

You speak for so many of us, Dragonheart. I'm purring for peace today, too.

Do you have pictures of your new brother???

A very informative post, Dragonheart, I wish too that the conflicts throughout the world would end...
Peace and love to you and your humans :)

Bless you on your service...


Searching For A Peaceful World on THE COUCH

SEE BLOGBLAST FOR PEACE IN WIKIPEDIA

DH,
Thanks for your wonderful post! We hope for peaceful and quick resolution to all these conflicts.
We'll be remembering all our soldiers this weekend.

We're purring and prurrying for peace too!

Hi Dragonheart.
Peace to you and your family.

A very nice peace globe, Dragonheart! Thank you for telling us all about your Dad! As much as we do not want your Dad out of work - it would be nice to have peace in the whole wide world!!! We meditate for peace every day.
Don't forget the Dare..... Only one more day before the voting begins...

Peace to you today and always - LOVE your globe!

What a beeyootiful globe, and a wunneruful and purrfect postie, Dragonheart! I am proud of your Daddy -- mine was in the U.S. Army years ago, and I am proud of him, too.

Peace to you and yours DH!

Good for your Dad! Give him a gentle headbutt for me! I love that picture of you!

I am proud of your Dad, too. He is the best soldier. I pray he remains safe. And bless your Mom, too, because she is so loving and supportive.

Purr for peace and thanks to those in the service.

Wonderful Peace Globe Dragonheart! As a Canadian, me and my Mum appreciate what your Dad and the other servicemen and woman do for ensuring Canada is a peaceful country! Be sure to give your Dad a big hug for us!

Lovely peace globe Dragonheart and a wonderful tribute to your human dad and all the other men and women who are away serving their countries.Peace to all.

You have a lovely Peace Globe and we are so proud of you and your dad. You always give us something to think about and we also wish for peace.

My thoughts also are with the families of the men and women who are serving their country in the services. I pray that those away from home that they will soon return safely to their families. Nice post.

I like your post. We are all so proud of our beans in service. May there be peace.

Such a magnificent post, Dragonheart! Peaceful purrs from all of us at Artsy Catsy to you and your family.

Peaceful, Brave Dragonheart! Love, peace and safety surround you and all your loved ones wherever they are in this world. Much love to the ones who need it most!

Great peace globe and wonderful post, Dragonheart. Give your Dad a great big hug from me. I really appreciate his service. Peace to you and all the world.

Great post Dragonheart!! We are proud of your Dad and all the Canadians and USA men and women who serve around the world! Peace to you and your family!
Your FL furiends,

PEACE TO YOU AND YOURS

Your post makes me think about two very different names we use for military persons.

Too often our media only shows the destruction and voilence.(to which I greive about)

What tends to get minimal air time is the humanitarian aid extended by people like yourself.

I wish it was reversed, and not just for media reasons. 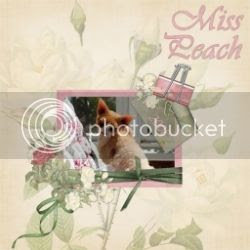