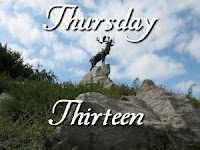 If you have problems viewing the slideshow, you can view the individual images here.
Many lost their lives in both World Wars in order to preserve our freedoms. It is important to remember them and honour their sacrifice. The Vimy National Memorial honours the more than 66,000 Canadians who lost their lives in the First World War, and on the monument are inscribed the names of 11,285 Canadian soldiers do not have graves. (Another 6,994 names of missing Canadians are carved on the Menin Gate at Ypres, Belgium.) The Beaumont-Hamel Newfoundland Memorial commemorates all Newfoundlanders who fought in the Great War (Newfoundland did not become a part of Canada until 1949).

To learn more about Canada's involvement in the First World War, you can visit the Veteran's Affairs web site, the Beaumont-Hamel Newfoundland Memorial Site, the Canadian National Vimy Memorial, The Tomb of the Unknown Soldier, or Library and Archives Canada.

Gee Dragonheart, not only do you teach us about the sphynx breed but WWI also. We'z gonna be super smart...

That is a great introducing, Dragonheart, thank you~! I have never been there before, I wish I could visit there one day.

Some said, Human history is a War history. Some said, only died could see the war end.
I really hope the war will never happened again, that is too foolish thing to do.

I love those photo, your beans are great photographer.

A very sombre Thursday 13, Dragonheart, and we can only hope it never happens to that extent again.

Those are gorgeous and powerfully moving pictures. Thank you for sharing them...

Those are some really beautiful photos. I noticed that the Welsh Division Memorial is a Dragon! That must make you feel proud.

Thanks for coming by my blog, and I knew the 3rd Edition reference would catch someone! :)

Like Daisy said the dragon was photographed just foryou I am sure. Thank you for letting us remember the sacrifice so many made from all over the world for the freedoms so many today take for granted!
Bravo to the Maple Leaf!!!
Love Peach

Wars are tewwible!
If onwy beans were as sensible as us kitties, then the world would be much nicer!

Wonderful pictures! Wow, to visit the very places that history was made, that has got to be intense! Now we know about Canada's part,too. Cool stuff!
Your FL furiends,

I agree with Boy!

Did you go to kitty college? I bet you did cause you are smart and interesting!

Thanks for sharing! The LL LOVES history, she majored in it in college. She really wishes she could see places like that. She also didn't know about Newfoundland, that's cool!

It is nice to visit the memorials and honor our brave Canadians neighbors. We really liked the dragon memorial.

This was very educational DH! Thank you for sharing that with us!

These are very moving photos. We have not been to Europe yet, but would love to travel there.

Yes, so many gave their lives for others to live safe and free. We should never forget them. It is sad we could not bring them all to their homes at the end. It is nice the memorial lists all the names.

We wish no one ever had to fight, but are very proud of ALL the men and women in green who protect freedoms around the world.

You should come to Belgium there are also many in the Ardennes.

Thanks for sharing those pics with us.
Love

Very nice slide show. To many people forget these things. Thank you for being a voice for them today.

I have posted my first TT, love for you to come visit.

Alasandra, The Cats and Dogs said...

Sorry it took so long to leave a comment. Our puter kept crashing Mommy said it had bugs (we didn't see any).

Mommy really liked the pictures. She loves learning about history.

Thanks for the great pictures and some history. Makes us want to study more about it!

hey dragonheart. What a wonderful post and beautiful tribute. Lovely.

p.s yes, I did invade the neighbours house. She shuts the door now so i cant get in. Shame. x

AWESOME!!Thank you.
Mom really likes the dragon ;-)
The word is part of her e-mail

Dragonheart that is a wonderful post. As a Canadian, my Mum got shivers when she read your post and saw the pictures. So many sacrificed.......

What a fascinating set of photos!

Wowie, Dragonheart, that was fassinatin', and I really enjoyed seein' those pickshures! They are furry moving.

You're such a smart and learned fella, and I enjoy learnin' things from you!

What a lovely adventure. It is good to view these pieces and places of history and wars. There have always been wars, sometimes it is the only way right way can be accomplished... otherwise all of the criminals would run the planet. how scary!

Thanks for these very good pictures.
I bet you could have handled that adventure.... with your harness and such.

Your pictures really touched me, my friend. Thank you so much for sharing them.

Thank you for sharing those pictures with us. We thank all the beans in green for serving and protecting our freedom. Please give your dad a purr from us.

Those are very beautiful pictures. My Lady says that she would love to do something like this sometime, to go and visit places like that. France is very far from Ohio, I think she would need more than a weekend to do that.

War is always bad ~ brings pain and sorrow to everybody...

Those are very beautiful and moving photos, Dragonheart. My momma taught a play about WWI last year and we looked at lots of documentary pictures together. It is a fascinating and horrifying moment in history.
Your buddy, Jimmy Joe

Wow, that is very interesting. Thanks for sharing those photos and the very good historical information.
Purrs,
Mr. Chen & Ollie

Beautiful slideshow and gorgeous photos. Seeing those sure makes a person think. Happy 'later in the day' TT!

Wonderful pics. Europe has some great places to wander around. I was in your city in June - back visiting old haunts.

Thank you for sharing this images. My Grandfather fought as part of the Canadian Black Watch Division and suffered for the remainder of his life because of mustard gas exposure.